Chinese New Year, also known as Lunar New Year or Spring Festival, is the most important festival in China and a major event in some other East Asian countries (Lunar New Year is known as Seollal in South Korea, Tet in Vietnam, and Tsagaan Sar in Mongolian). Lunar New Year celebrations are being held more and more in Western cities in recent years too, like Los Angeles, New York, London, Vancouver, and Sydney.

The celebrations traditionally last about two weeks in total, from Chinese New Year’s Eve to the Lantern Festival, held on the 15th day of the lunar year. Regional customs and traditions vary widely but share the same theme: seeing out the old year and welcoming in the luck and prosperity of a new year.

Modern China actually uses a Gregorian calendar like most of the rest of the world. Its holidays, however, are governed by its traditional lunisolar calendar, which may have been in use from as early as the 21st century B.C. When the newly founded Republic of China officially adopted the Gregorian calendar in 1912, its leaders rebranded the observation of the Lunar New Year as Spring Festival, as it is known in China today.

Red and gold are popular colors for the Chinese New Year and decorations like Chinese New Year’s flowers and plants are a popular gift as they are symbolic of growth. Flowers represent wealth and fortune and are lucky to give as gifts. Popular Lunar New Year plants include orchids, bonsai, Chinese money plant (pilea), peace lily, and bamboo plants.

Here are some JLF Arrangements inspired by Lunar New Year and perfect to celebrate it! 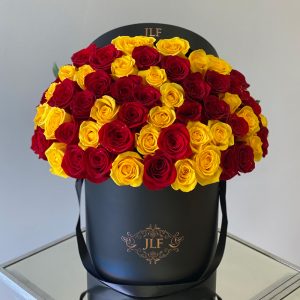 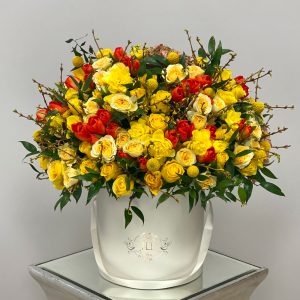 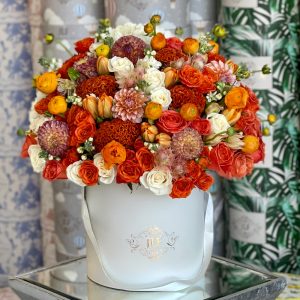