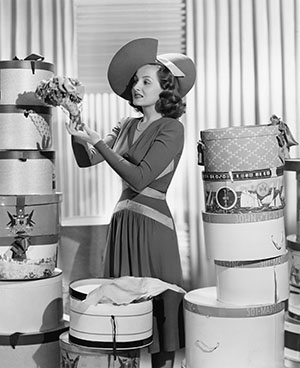 In Victorian Britain, fashionable clothes required careful maintenance and a range of accessories were invented to help keep them in good condition. The popularity of wearing hats necessitated devices to assist with storage and cleaning. Hat boxes kept them free from dust and protected from damage. 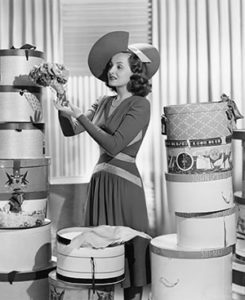 Hatboxes were used for travel as well as for storage. Many were covered in foreign stamps and luggage labels documenting their owners’ travels. 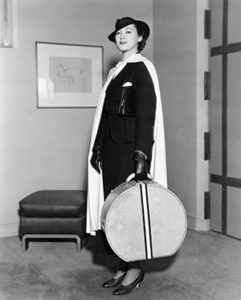 Some hatboxes included storage space for a brush. Hat brushes were often used for advertising by hatters and were given away with new hats. They were designed to brush the nap of silk hats, to remove dirt or dust particles and improve the shine. They were often curved and usually had three rows of bristles. Some had five or six bunches of bristles protruding at right angles so that they could clean awkward corners.

While milliners often packaged designs they sold in cardboard hat boxes, more robust designs were produced for traveling. Some designs were made to store more than one hat – including designs that could store both a daytime top hat and a collapsible version for evenings, known as a gibus. They might also include storage space for items such as a hat brush.

Designs became quite large during the Victorian era. Blackwall Railway’s porters in London were charging a 1 penny to carry a hat box onto the train and a further 6 pennies for transporting it to the London terminus, with the traveler himself paying only 4 pennies for the journey.

2 centuries later, the Victorian-era favorite is alive and kicking fashion again. The incredible piece for headgear is reoccurring in the fashion world as an inspiration for accessories such as handbags, luggage and decorative elements in high fashion photoshoots. 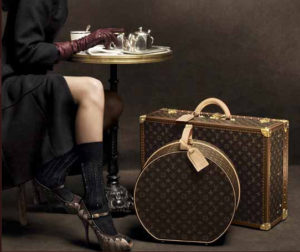 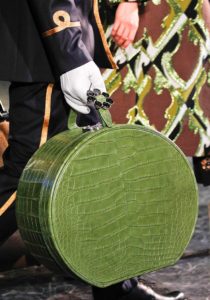 In 2015, inspired by the concept of Hat Boxes in the Victorian Era, the elegance of French fashion and style, JLF became the first specialty flower boutique in the United States to create fresh flower arrangements in our signature boxes resembling Hat Boxes. 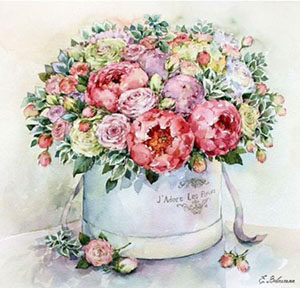