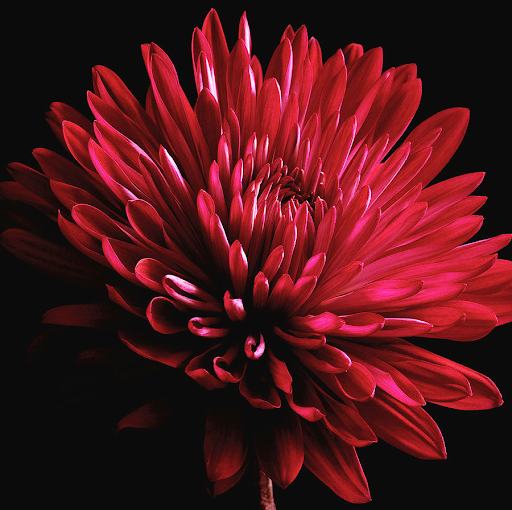 The November flowers of the month are the beautiful chrysanthemums also known as mums. Their bloom season ranges from late summer into early winter. They come in a variety of bright colors sure to liven up your home just in time for Thanksgiving!

Chrysanthemums have a variety of meanings depending on the country and culture they are in.

In Asia they symbolize life and rebirth. In Europe the chrysanthemum signifies sympathy and is commonly used in funerals. In America they signify respect and honor. In general they symbolize happiness, love, longevity and joy. Depending on their color their meaning will differ.

Chrysanthemums were first found in China, then gradually traveled all throughout Europe in the 1600’s and arrived in the U.S. in colonial times. They are now one of the most popular cut flowers in all kinds of floral arrangements.

They are named after their original golden color (the Greek prefix “-anthemion” means golden. The flowers have different varieties, some looking like large pom poms, others like compact buttons and even like mounded cushions.

They have earned many meanings throughout history since they are part of so many cultures.

They are the November Birth flower, the 13th wedding anniversary gift and the official flower of the city of Chicago.

In Chinese art they are one of the four gentlemen representing the seasons, representing Autumn. In Japan they are a symbol of royalty.

It’s said that a single chrysanthemum petal placed at the bottom of a wine glass encourages a long and healthy life.

How to care for chrysanthemums in your home: